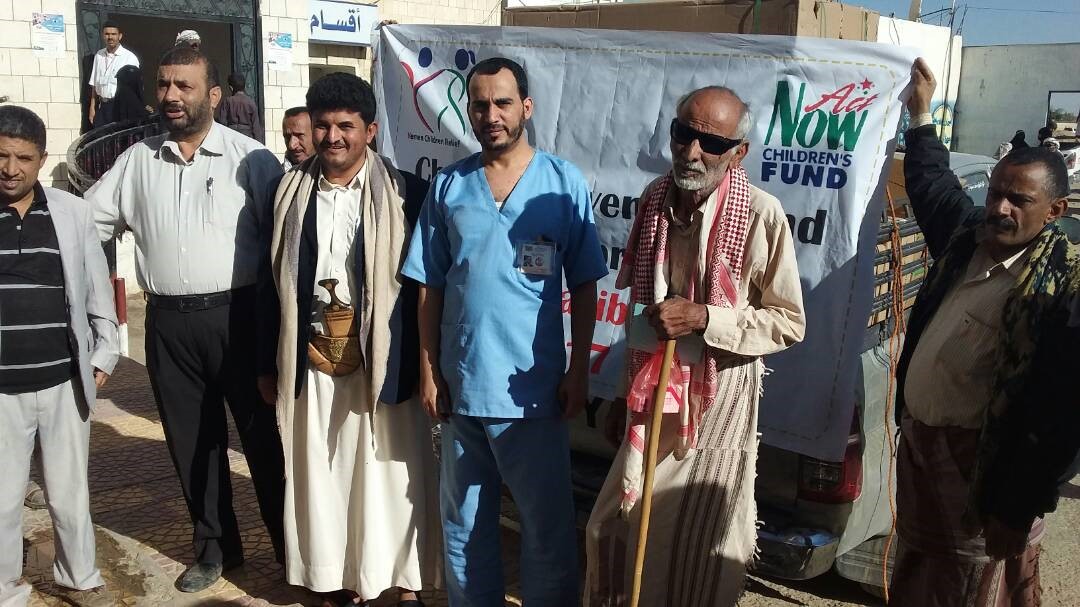 This photo is from our "Cholera Prevention Project." The project treated 100 children who had been infected with Cholera. The children all experienced a full recovery thanks to ANCF's support. The project also provided prevention and awareness training to over 36,000 children and families in Yemen.

In recent years, the humanitarian crisis in Yemen took a turn for the worse as the ongoing conflict continued to weaken the country’s already fragile infrastructure. More than half of the country’s population lacks access to healthcare as most hospitals and clinics have shut down due to lack of supplies.

To make matters worse, a cholera outbreak has impacted the lives of over a half a million Yemenis, most of whom are children. Over 3 million children are malnourished and lack access to adequate food, water, and healthcare. The situation is only getting worse as the ongoing conflict and regional instability has made it difficult for Aid organizations to carry out projects.

Act Now has responded to this challenging situation by prioritizing the Yemeni children and increasing our Yemen project. We could not have done this alone, and benefited greatly from a strong network of partners and volunteers who stood hand in hand with Act Now to ensure the children received critical assistance, especially in rural Governorates and Districts where access to food, water, and health care was severely limited.

Act Now worked with local Yemeni hospitals, doctors, and NGOs to establish “Act Now Emergency Medical Clinics” to treat children suffering from malnutrition, chronic disease and cholera. These clinics were set up in rural governorates where cholera rates were highest.

As a result, Act Now was able to provide lifesaving medicine and treatment to children in critical need of assistance. The Act Now sponsored clinics also carried out awareness campaigns to educate parents on how to prevent the spread of infectious disease. In addition to setting up new health clinics, Act Now funded the rehabilitation of rural hospitals in Districts and Governorates where the existing medical infrastructure had been decimated by war. The hospitals were rebuilt and the local medical professionals were able to resume their services to the communities and villages where they reside.